A soldier's mom, a barefoot runner, a 9-month baby, and a 7-mile road race

by Barefoot TJ at 3:28 PM (534 Views / 0 Likes) 0 Comments
A soldier's mom, a barefoot runner, a 9-month baby,
and a 7-mile road race
The Quad City Times​
Lyle Lichty, 65, of Mount Vernon runs bare-foot. He started going shoeless about 15 years ago, and said it alleviated IT band pain. Plus, he said it makes him "feel like a kid again."

No shoes? No problem
Lyle Lichty, 65, of Mount Vernon, said running barefoot makes him "feel like a kid again."

He started running without shoes about 15 years ago because of leg pain he experienced while running. He said the direct contact with the ground made him slow down and think about his form.

Despite no protection for the soles of his feet, he said he's only once had a run in with something sharp. He stepped on some glass or a small pebble, he said, and a doctor removed it.

​
For all who love barefoot as the most original form of movement, but want to avoid dirty soles, cuts and slanted looks! The runningpad is an ultra minimalist and elegant "barefoot shoe", made from one piece of thin leather, without seams, rivets or glue. Through fine straps the leather sole nestles up against the foot like a second skin. 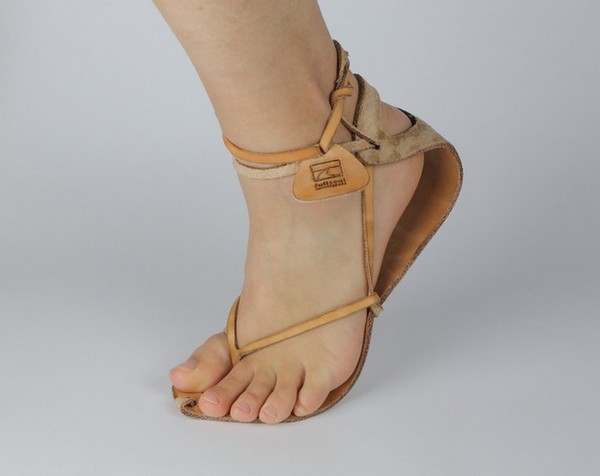 ​
runningpads and human motion
The idea for the fullsoul runningpad came from the passionate long-distance, mountain and barefoot runner Dr. Martin Daumer, inspired by the evolutionary-biologically based hypothesis that man is "born to run" - as a high-temperature forefoot long-distance runner who, with his...
Tweet
Continue reading...
Jul 19, 2022

An Ecuadorian ran 100 kilometers barefoot in the
Formosa ultramarathon with a solidarity mission
By Zyri​
In the Olympic Games in Rome in 1960, the Ethiopian Abebe Bikila surprised the world by competing barefoot and winning the marathon. Although it was not something “never seen”, the truth is that it gave him exposure. Nowadays, running without shoes is rare, but every so often you see some intrepid one who practices it.

In the ultramarathon Formosan it was the case of Ecuadorian Edwin Ramon Ibarra García, a native of Pedernales and nicknamed “Ibarrita”, whose The goal is to break the record for running the most competitions barefoot.

On the waterfront of the city, and together with the realization of the Argentine Ultra Distance Championship, Ibarra García completed the 100 kilometers with a mark of 9 hours, 29 minutes and 10 seconds.

Moses White of Deep Gap was attending the games with his brother and decided to sign up Saturday, on the spur of the moment, despite not having a pair of suitable running shoes with him. So he ran the race barefoot, and finished first in the race.