The funnest part of all races is always the costume. This race was a 5k/10k trail race on Wildwood trail. I signed up for the 10k and it was supposed to be my first 10k. I had ran the course 3 times prior, during the last 6 weeks, so I was familiar with how evil it was. The first section was large arch punching type rocks. The second to the last section was small piercing gravel. It was doable with immense concentration and super, proper form. It would have all worked out, except...it had been bone dry for a week prior to the race and it rained heavily the morning of the race. This is like when pavement has been bone dry and it suddenly rains on the road -basically an oil slick. When it has been raining regularly the trails are totally fine for me. So, needless to say I was a bit tense the day of. And then, I was not even through the first mile when my glasses fogged completely up to the point that I had to take them off -which is strange because that does not usually happen. This resulted in no depth perception. I was not a happy camper about that. Once I passed out of the intial rocky area it was "ok" -though there were a few slippery sections, but still not able to keep my glasses on. Right before I was about to approach the "super slippery section" (which is the section that, although I can run it well in the winter when it raining all the time, STILL makes me nervous because that particular part of the trail is where I almost slip and fall down the ravine) I noticed I had a very distinct lack of energy. At that point I needed to assess the situation carefully. I ran my number one goal through my mind, "Avoid pain and injury". And I stopped and turned back. I knew the oil slick conditions and the lack of depth perception, while going through the "die in a ravine" area, were going to result in me falling. So I turned back and took a pavement shortcut back to my car and cheered for my friends who DID finish either the 5k or 10k.

It was my first DNF, but my number one goal was fulfilled!!! Frankly, it was kinda a sucky day for all my peeps. One had two IT band straps on, one had to wear shoes due to an injury, I DNF'ed, another did fall down, and one got a cut on his foot when he slid into a rock. We sucked! But it was still fun.

This was sponsored by a vegan group that apparently did not believe in beer cuz it was one of the few races where they did not have beer at the end. They did have some really good cinnamon bread, however. And becoming famous was pretty cool also. Lol. http://www.examiner.com/article/more-than-200-runners-compete-northwest-veg-race-for-the-animals 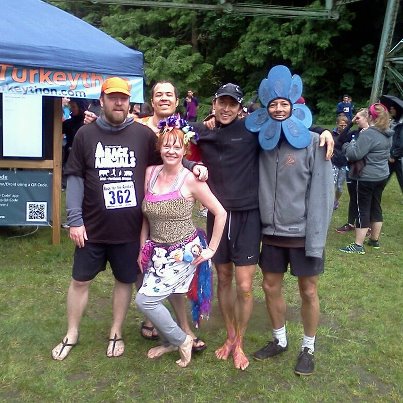 Here is Dan getting a band-aid AND a sticker at the first aid station (cuz he bit it).

And check out the flames on his feet! 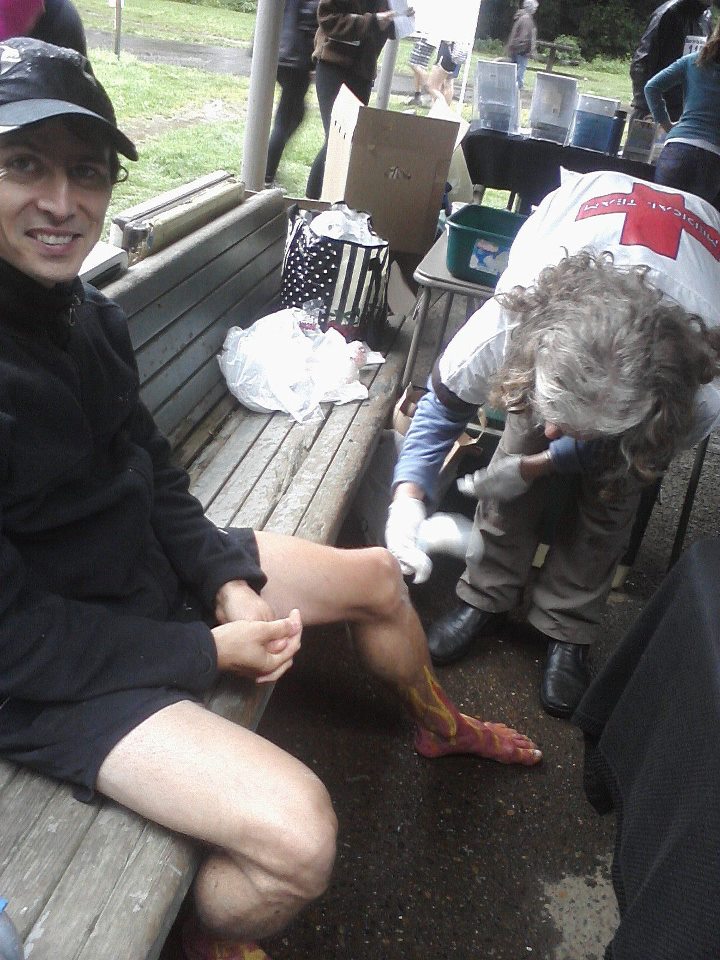 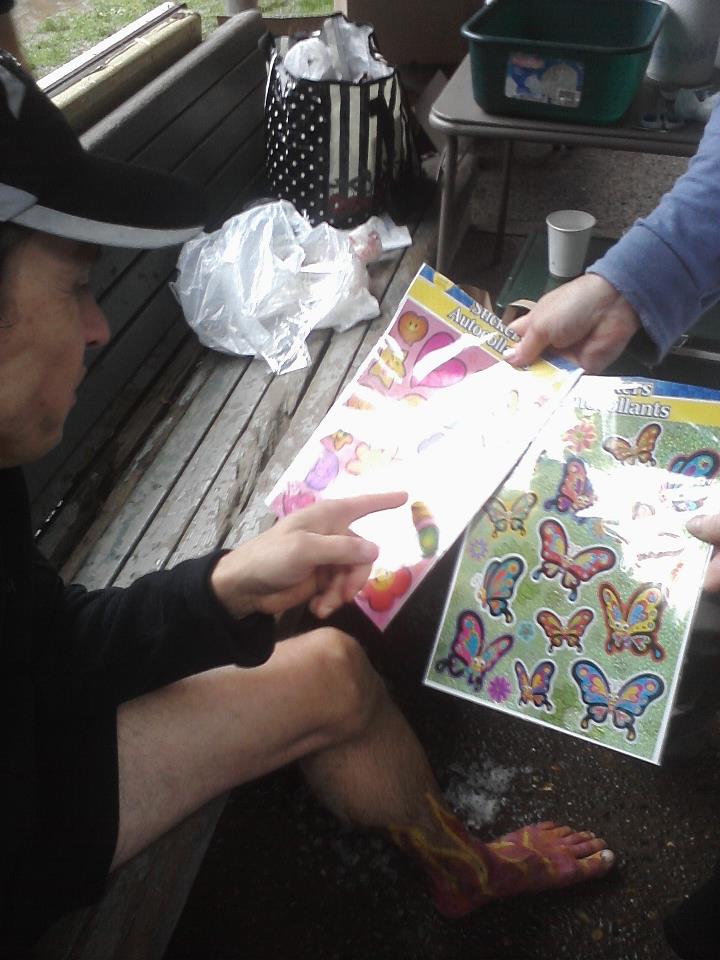