Three weeks passed since I started testing my Invisible shoes and I manage to put on seven runs, mainly around 10K each. Yes, I should probably run more, I know, but I enjoyed every run a lot and I'm quite satisfied with that. Even though there is no real winter here! Midday temperatures are sometimes close to 10 degrees C (50 F), unusual for this time of year. It sounds like March, it feels like March, it must be March then?

Nevertheless, I manage to test some different kind of surfaces and temperatures - running early in the morning at -10 C (10 F), choosing dirt, gravel, offroads and wood trails to run.

On a real cold morning I combine my Injinji toesocks with huaraches and both prove great. If there is no rain or water near, I would probably dare to run in this on even colder days.

I find dirt trails to be most enjoyable to faster and fluid running, but real sharp gravel is great for concentration training. Sandy roads leaves small peebles between my sole and footwear; I had to stop more often and shaka my feet. I even tried wet grass and open field.

I was a little bit sceptic about tied knot in outer sole, but so far no damage or torns are reported. Soles looks like new after almost 100K. I can imagine putting several tousand miles in that shoes withou any problem.

I will try to do two or three more runs in last week of my testing. One steep hill is planned, also one longer run for at least 20K. If we'll be blessed with some snow that would put cherry on the top of the cake

Happy feet to all, write to you soon! 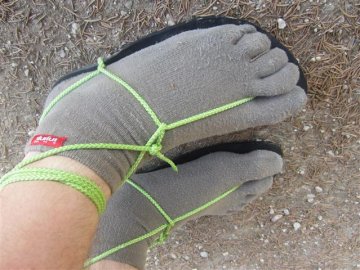 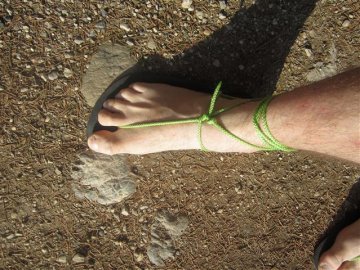 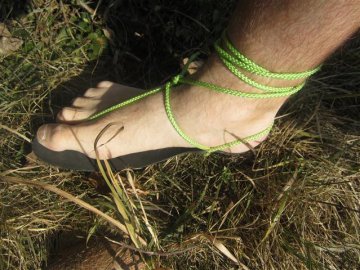 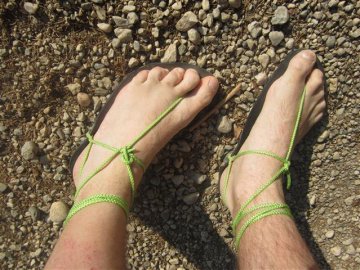 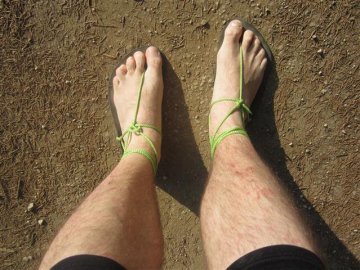 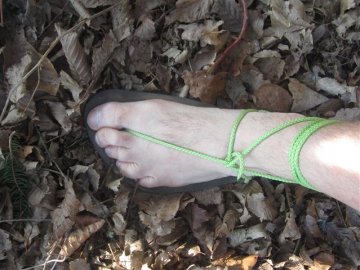 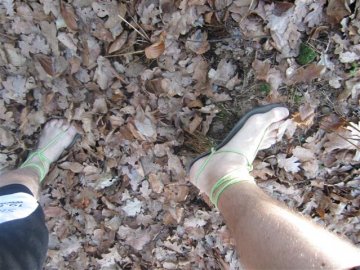 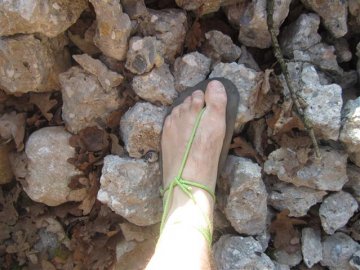 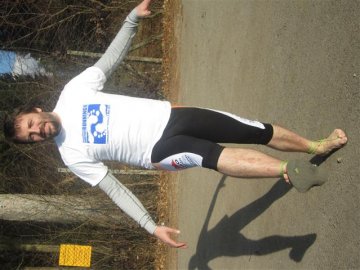 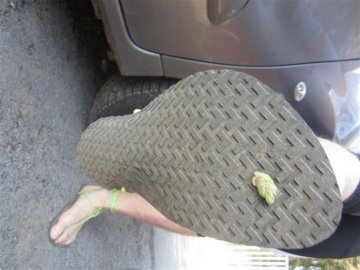 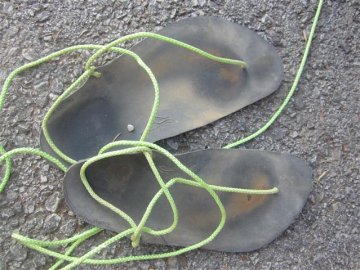