So here's the concept - you take an unsuspecting 10K regional race in the suburbs of Paris, and unleash TWO barefoot runners amidst the normally-shod participants, and watch the results...

Surprisingly, we got lots of encouragement from runners, volonteers and by-standers before, during and after the event! Daniel and I were both interviewed by the organiser, and I even chatted with the mayor of Celle Saint Cloud, and his deputy mayor.

The number-one concern was about the risk of injury from debris on the road. Of course, the entire course was tidy, excepting some rough pavement on certain sections... I managed a surprising 49:28, not bad given my age (45) and "handicap" (bare feet) but then again, 10K is my regular barefoot training distance, several times a week.

The usual difficulties descending but pretty much settled into a sustainable rythme and just coasted along as fast as my feet would allow, which is to say, well under my maximum effort rate. 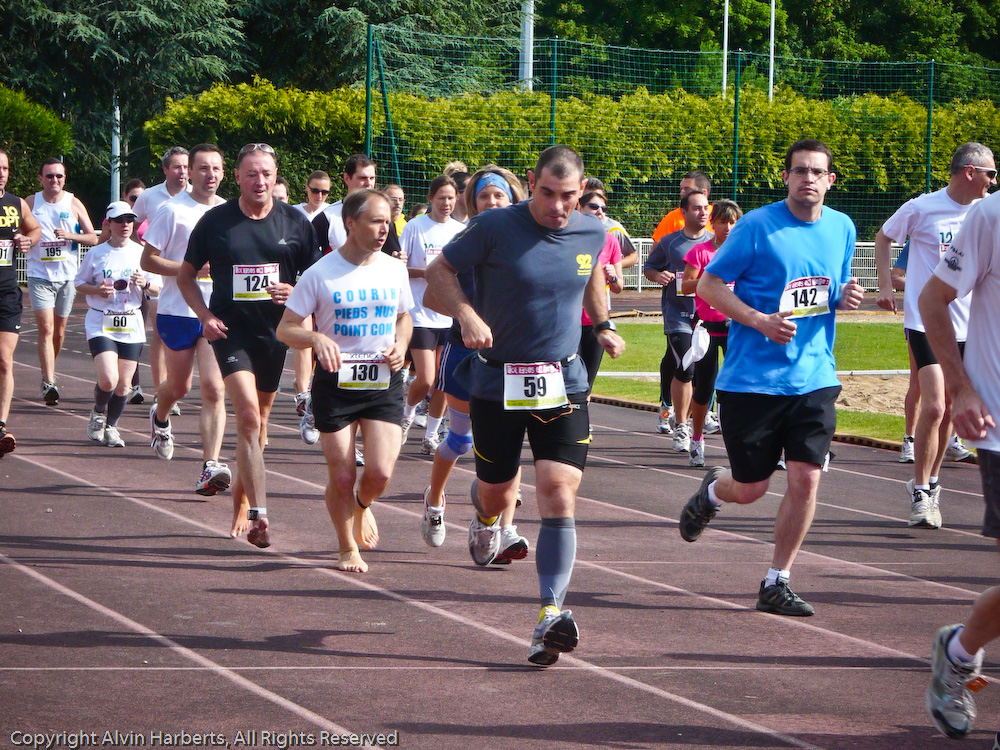